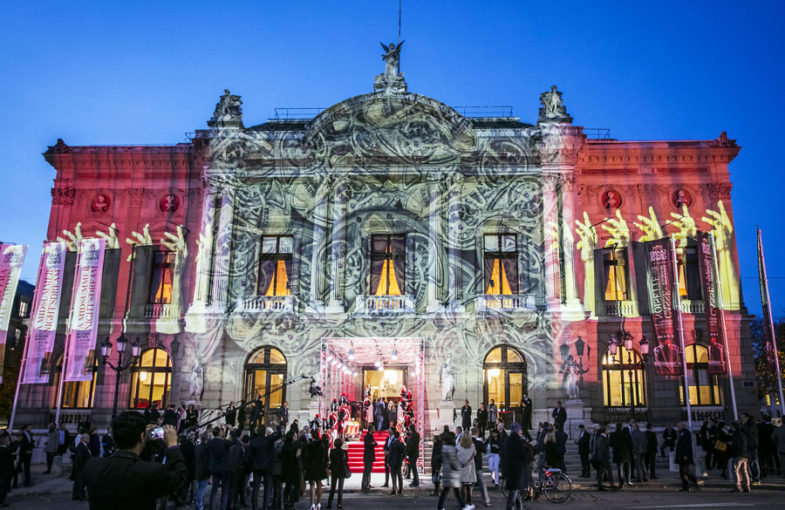 Watchmaking excellence and creativity were celebrated on Thursday October 29th in the Grand Théâtre de Genève at the prize-giving ceremony for the 15th Grand Prix d’Horlogerie 2015 (GPHG), attended by Federal Councillor Alain Berset who was eager to salute the vitality of the Swiss watch industry. Richard Habring et Maria Kristina Habring (Founders and CEOs of Habring2), Philippe Peverelli (CEO of Tudor), Lionel a Marca (Vice President, Head of Technical and Development Management of Blancpain),  Laurent Ferrier (Founder of Laurent Ferrier), Carlo Lamprecht (President of the Foundation of the GPHG), Kari Voutilainen (Founder of Voutilainen) Presented by the MC tandem of Frédéric Beigbeder and Gaspard Proust, the ceremony hosted a 1500 strong audience in Geneva composed of influential stakeholders from the watch industry as well as from political and economic circles. It was also broadcast live to enthusiasts around the world.

The prestigious international jury of this 15th edition of the GPHG, uniting the skills and competence of 26 authoritative watch experts and collectors, awarded 17 prizes and decided to grant the supreme distinction, the “Aiguille d’Or” Grand Prix, to Greubel Forsey for the model Tourbillon 24 Secondes Vision. After Hong Kong, Seoul and Dubai, the exhibition of the watches pre-selected by the jury is still on show in Geneva until November 4th at the Cité du Temps. As the last stage of this road show, the prize-winning watches in this 2015 edition will be presented in London at the SalonQP from November 12th to 14th.

Created in 2001 as an annual salute to the excellence of international horological creations, the Grand Prix d’Horlogerie 2015 contributes to spreading the reputation of this art and its values around the world. Values that are shared by the main partner of the GPHG Foundation, the Edmond de Rothschild Group, which has since 2011 annually rewarded the best student at the Geneva Watchmaking School by gifting a study scholarship