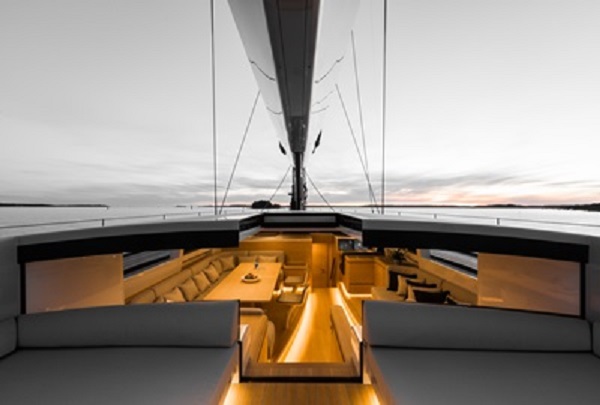 British Companies Behind Yachts of the Year

At this year’s World Superyacht Awards (9 May 2015) UK-based businesses celebrated as their innovations contributed to six yachts picking up eight coveted Neptune trophies.

But it was the members of Superyacht UK, one of the British Marine Federation’s (BMF) group associations, who dominated the British spotlight when the trophies for the most notable sailing yacht and motor yacht of the year went to their creations.

Organised by Boat International and now in its 10th year the Awards recognise the world’s best motor and sailing superyachts to be delivered to owners in the past twelve months. Beside British companies Reymond Langton Design, Dubois Naval Architects and Rhoades Young Design the architectural and design work of Superyacht UK members Vitruvius Yachts by Philippe Briand, Design Unlimited, Canark Marine and Redman Whiteley Dixon proved triumphant on the night.

Naval architect and exterior designer of the Grace E, Philippe Briand, celebrated as the yacht won two trophies to make it an overwhelming favourite of the night. The 73 metre yacht was named ‘Motor Yacht of the Year’ as well as winning its category of ‘Displacement Motor Yacht of 1,3000GT to 2,999GT of Below 75m’.

Philippe Briand commented on the win: “Vitruvius Grace E has been a very special project as we really had to push the infamous envelope to create a yacht propelled by the diesel electric engine and we also had to integrate the azipods. This had never been done on a yacht this size.”

“I am very proud of this yacht; she will be a reference for the industry and more importantly a safe haven for her guests. I was very surprised to win the Yacht of the Year award as the competition was very important.”

Mark Tucker, Founder of Design Unlimited remarked: “We are totally delighted at WinWin’s success in the Awards. WinWin has been a fantastic project and it is heart-warming to receive recognition from the judging panel for the amount of work that went into her.”

However, this wasn’t the only victory for Design Unlimited as its interior and exterior designs, combined with the architectural talents of Canark Marine, saw the restored yacht Shemara win the Judges’ Special Award in the Refitted Yacht category.

Also the design talent of Redman Whiteley Dixon was praised when the 46.2 metre yacht Como, of which it was responsible for the interior, won its category for ‘Semi-displacement or Planing Two-deck Motor Yacht of 38m and Above’.

Speaking at the Awards Justin Redman, Founder of Redman Whiteley Dixon commented: “This is our sixth interior for this prolific yachtsman and we are thrilled to have been recognised for our creative response to a brief to create a masculine, contemporary environment for his very first FEADSHIP.

Tom Chant of Superyacht UK, added: “Britain has always been a key player in the superyacht sector, boasting a repertoire of high-profile names. The innovation displayed by our naval architects and designers is still setting Britain apart from the rest of the world.”

“Congratulations to all our members who saw wins at the World Superyacht Awards and let’s carry on in making Britain the first-choice for yacht builders and customers.”