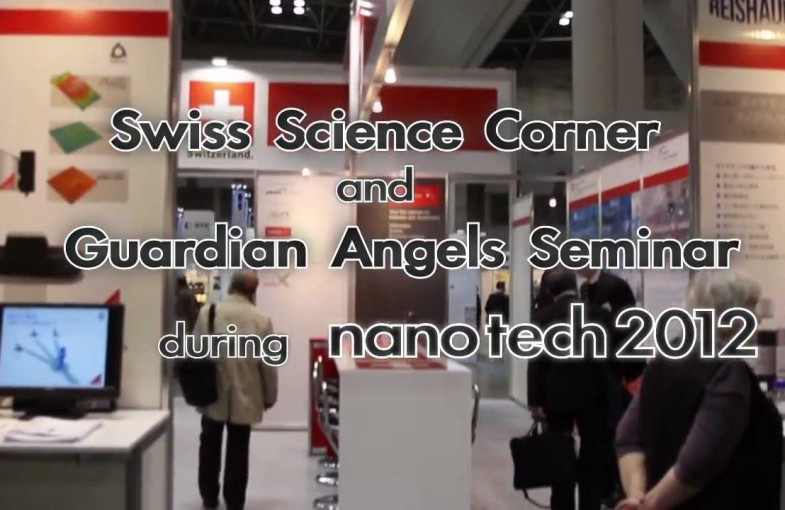 Leading Swiss researchers have explained the EU “Future and Emerging Technologies” (FET) flagship initiative “Guardian Angels” in Tokyo. Such smart personal companions of the future are enabled by nanotech. The initiative is actively seeking cooperation partners from Japan which is considered to be among the leading nanotechnology nations. Swiss institutions and companies also presented their capabilities at the nanotechnology exhibition “nano tech 2012” in Tokyo.

The Swiss Pavilion at the world’s largest nanotechnology exhibition has already become an institution in itself. This year it was organized again by David Ziltener, the former maker of NanoEurope. More than 45,000 visitors were counted at the “nano tech 2012″. The Science & Technology Office Tokyo set up the Swiss Science Corner at the pavilion and also organized the seminar on the EU flagship initiative “Guardian Angels”. The target of the seminar was to seek collaboration with Japanese actors from academia and industry for the Guardian Angels initiative. In fact, the seminar at the Swiss Residence was joined by 40 high-level participants. Among them, six FIRST Program owners participated. FIRST is a top-level program of Japan and the acronym for “Funding Program for World-Leading Innovative R&D on Science and Technology”.

At the seminar Prof. Adrian Ionescu of the Swiss Federal Institute of Technology in Lausanne (EPFL) introduced the EU FET flagship initiative “Guardian Angels”. These are future autonomous systems which assist humans from infancy to old age. “They are smart, controllable, secured, personalized and consume zero power”, explained Ionescu. Many ideas behind the “guardian angels” still sound like science fiction.

Dr. Gérard Escher, Senior Advisor to the office of the EPFL president, introduced at the seminar the concept behind the “Guardian Angels Pilot Flagship”. “Such flagships aim to transform leadership in science into a competitive advantage with a strong societal impact”, Escher said. Each program requires support in the order of 100 million Euro per year over one decade.

There are currently six such pilot EU “Future and Emerging Technologies” flagship programs besides Guardian Angels, such as The Human Brain Project, Robot Companions for Citzens and Molecular Modelling in Medicine, Aging and Drug Safety. The European Union is contributing about half of the funds.

Swiss researchers are participating in all six initiatives. Guardian Angels is hosted by EPFL and supported by ETH Zurich, ETH Domain and the NanoTera initiative of the Secretariat for Education and Research. “We are open to collaborations and cooperation in nanotechnology”, Escher emphasized.

“It is very impressive how the Science & Technology Office Tokyo, Swiss Embassy got all the important professors and companies involved”, said Dr. Heike Riel, IBM Research Zurich about the seminar. The mix of industry and as well as the style of having short talks and then discussion opportunities later was good, she commented.

Nanotechnology is a domain of excellence for Switzerland. In 1986 the Nobel Price went to the Swiss researchers Gerd Binnig and Heinz Rohrer for the tunnel microscope. There is also the new IBM Nanotechnology Center in Switzerland in cooperation with the ETH Zurich.